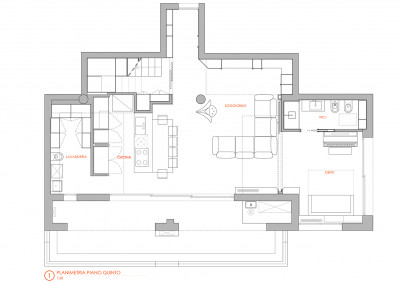 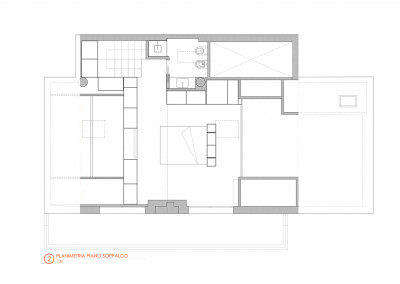 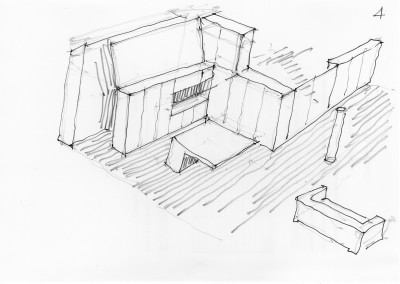 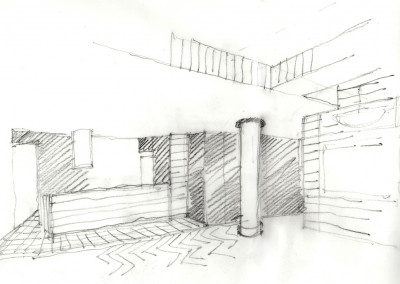 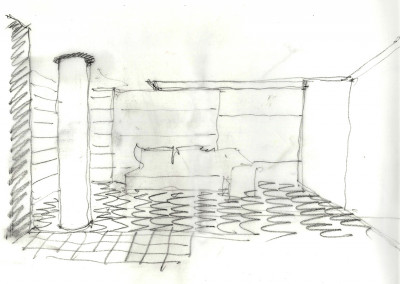 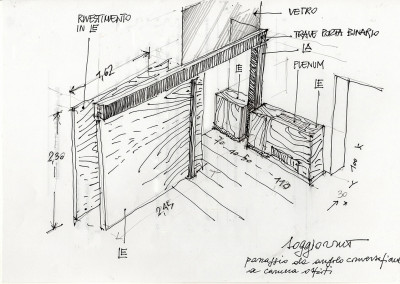 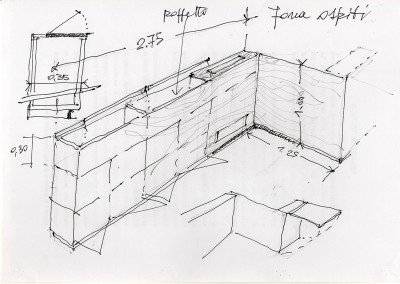 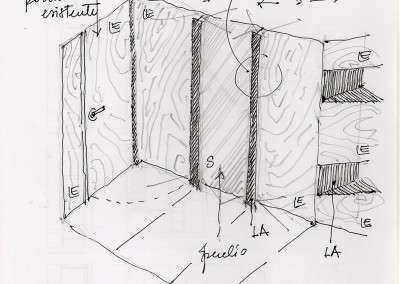 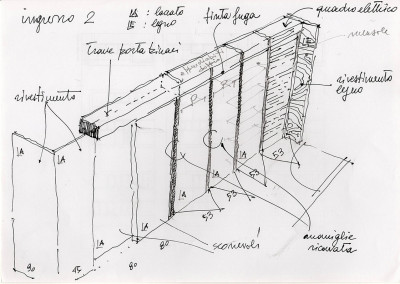 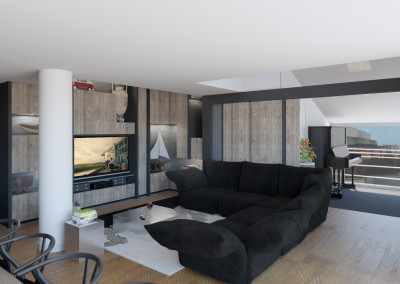 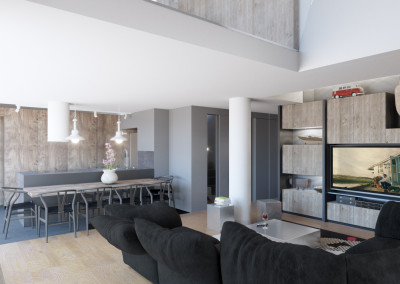 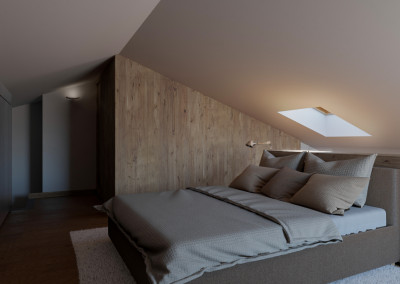 A modest attic with mezzanine becomes a tailor-made suit in this new project by Officina29 Architetti. The Client’s request was simple: make maximum use of the spaces, while working on an open-space concept.

When working with large and open spaces, as in the case of a studio apartment, it is necessary to mark some divisions to give coherence and order: in this project it was decided to mark the different areas of the house with sharp contrasts given by different colours, textures and materials, namely stone and wood, dark grey and the warmth of amber.

The entrance, which previously immediately opened onto the kitchen, now moved to the right and well hidden from view while overlooking the living room, is accompanied by two distinct sides: a grey and smooth wardrobe, which reflects the basalt on the floor, and a natural wood panelling which instead communicates with the parquet, and which are transformed respectively into the kitchen and conversation areas. There are no physical dividing lines between each other, but the distinction is clear and immediately readable; to balance the space, however, it was decided to contaminate the two areas with some element taken from each other: so we find wood, albeit dark, in the kitchen, and lacquered elements in the living room and a grey sofa, but always in minimal quantities compared to the whole open-space design.

Behind the kitchen, instead of the old toilet, there is the laundry room, the entrance of which integrates totally with the cupboards of the pantry.

Natural wood, on the other hand, becomes a full-height piece of furniture, characterized by the verticality of some dark false-strut and by several niches which house a collection of miniature boats and other wonderful antiques. A portal, which incorporates both wood and grey, is the only tangible division of space, between the conversation area and the guest room; here the parquet leaves room for basalt, which also enters the attached bathroom. A low and narrow cabinet hides the fan coils and creates more space for storage, to then become the headboard of a sofa bed.

The two French windows that overlook the long balcony have been joined, making the space bright and communicating the interior with the exterior.

Beyond the grey panels of the entrance, the staircase leading to the mezzanine is hidden: here every inch has been used, from the niches that house the shoe rack, to the under-stair cupboard; going up the steps covered in basalt, the first part of the bedroom furniture, which starts from the first landing and insinuates itself like a snake up the last steps and inside the room: the grey of the furniture is in sharp contrast with the parquet and with the opposite wardrobe, in natural wood. At the centre of the bedroom, the bed, marked by a low piece of furniture that acts both as a headboard, with built-in lighting, and as bedside tables: the latter, in fact, by means of wheels detach from the cabinet and can be positioned where necessary.

The mezzanine overlooks the living area, almost protrudes, thanks to an inclined glass perpendicular to the ceiling. In fact, there is a continuous dialogue between the different areas of the house, which are on the same level or on different floors, in a continuous cycle that runs throughout the entire apartment. The masonry partitions were limited to the maximum, preferring the division dictated by the furnishings.