Gallery of Architecture at the Airport Eccelsa Aviation, Olbia 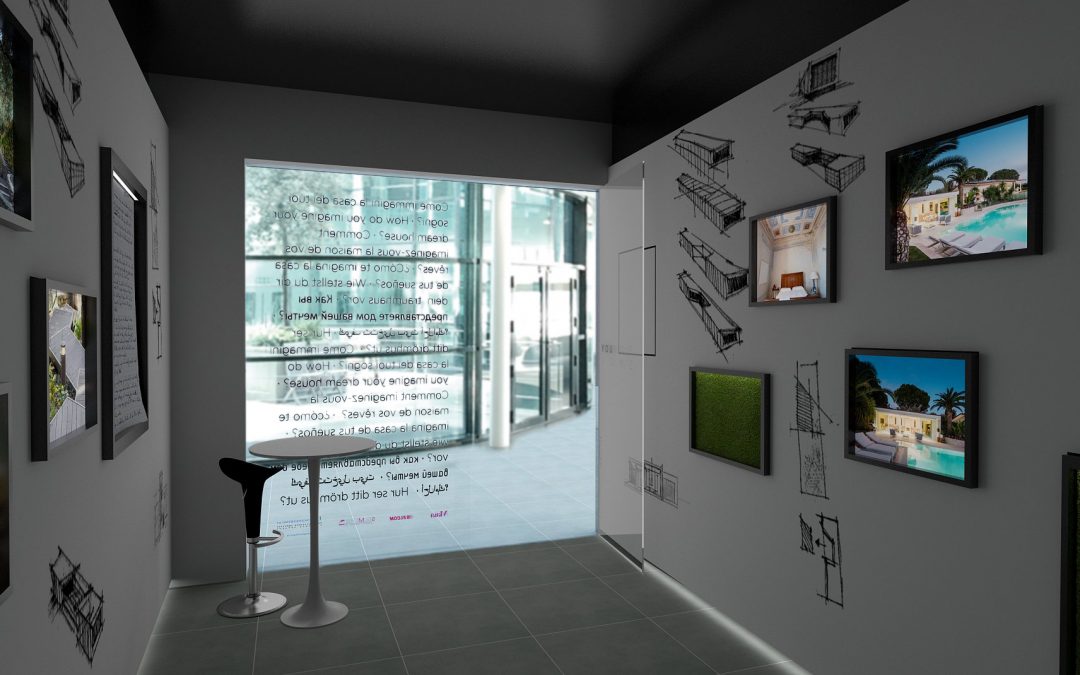 The firm Officina29 Architetti will inaugurate the architecture gallery next June, by the theme of: How do you imagine your dream house?
A stained glass window, on which questions in different languages appear – including English, Arabic, Russian, Chinese – attracts the viewers’ attention, inviting them to enter.

Inside, the photo gallery: two oblique walls become frames to some small screens; each one of them shows a project, through high-resolution images backlit. A single shot, unique and valuable.

The inclined walls, the dark ceiling and floor, create a visual cone that conducts the spectactor’s eyes to the video reproduced on the big screen on the back wall, the heart of the gallery. The video shows the strong relationship that exists, in architecture, between idea and pencil, sketching on the white sheet, which gradually comes to life and from a project it becomes a reality. This unbreakable bond is described on the walls that host the photos: through sketches, drawn by hand on the panels, the various projects are illustrated. 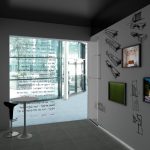 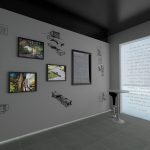 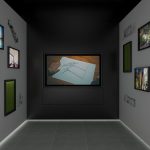 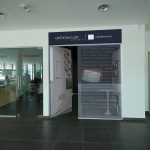 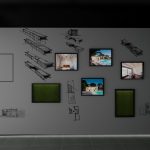 The architecture gallery How do you imagine your dream house? will be hosted at the Eccelsa Aviation in Olbia, a private airport, one of the busiest in Europe, both for services it provides and its strategic location. Eccelsa Aviation was born in 2003, after having been of support to Olbia airport for private flights since 1970, when Prince Aga Kahn went to Sardinia to spend the holidays.

For the outfitting, Officina29 Architetti has collaborated with some young professionals: the video has been made by the Sardinian director and videomaker Alberto Salvucci, who won the best video award Sanremo 2016, while the backlit photographs were taken by the internationally renowned Portuguese photographer Joao Morgado, Photography de Arquitectura.

The gallery of architecture will stay open to the public during the summer months of 2016 and will re-open next year with new interesting projects.