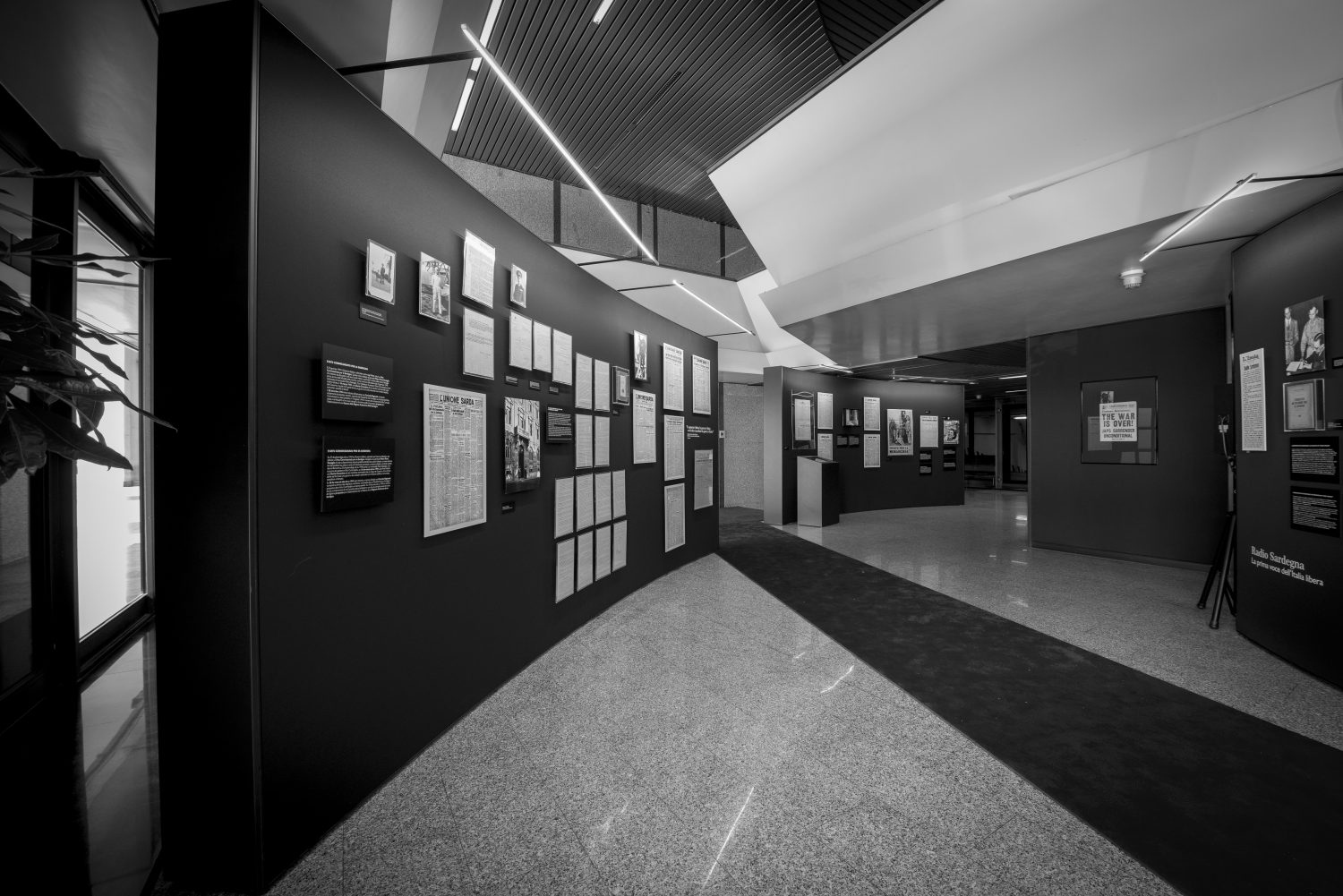 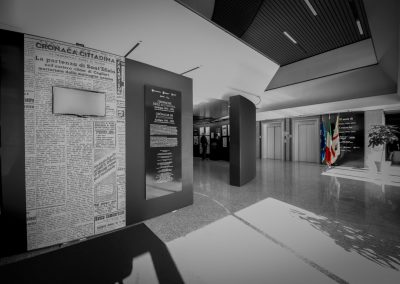 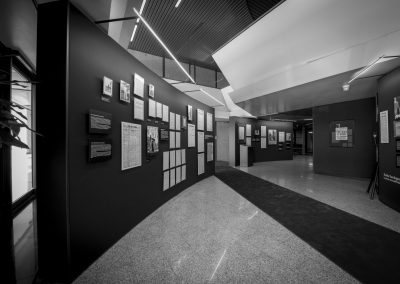 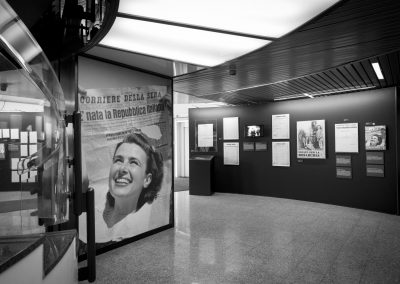 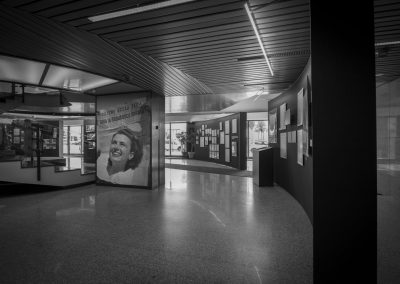 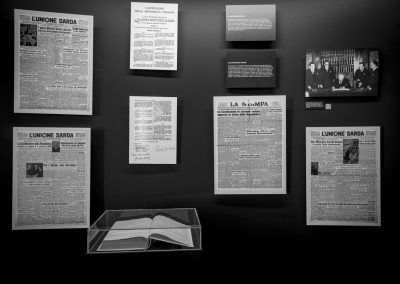 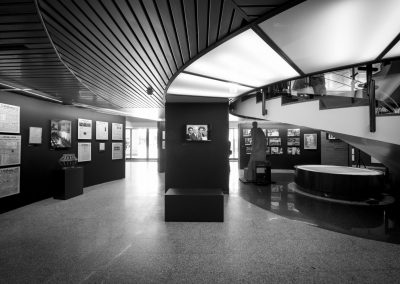 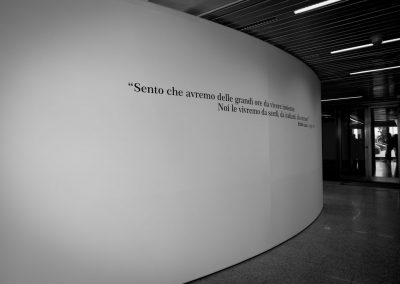 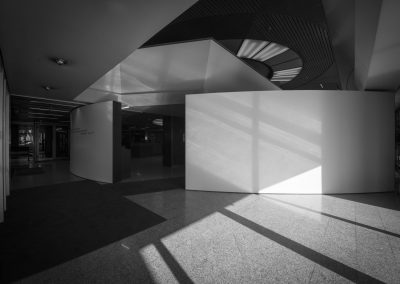 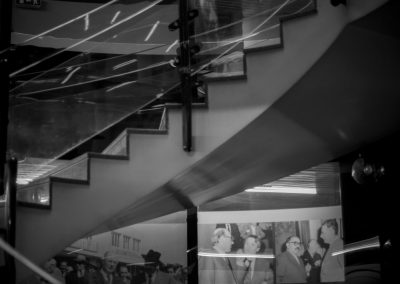 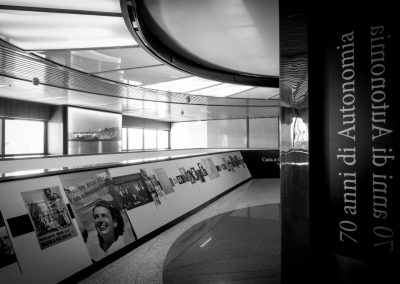 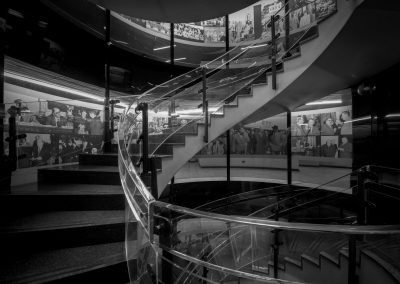 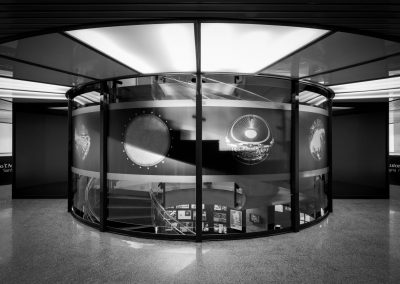 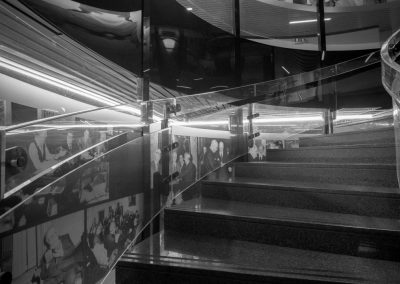 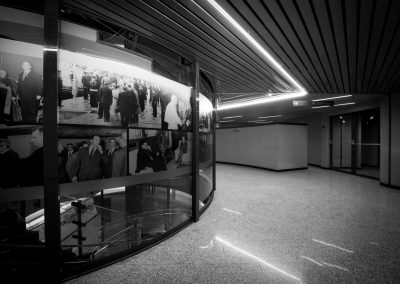 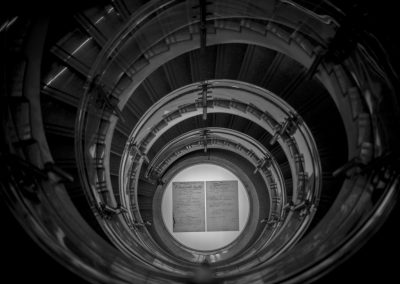 On the occasion of the celebrations for the 70th anniversary of the Special Statute for Sardinia, the Presidency of the Sardinian Regional Council presented to the public the temporary exhibition “Cronache dell’Autonomia. Sardegna 1943-1953” and the permanent installation “’70 anni di Autonomia. Sardegna 1948-2018. L’archivio fotografico del Consiglio Regionale della Sardegna”.

The two exhibitions, inaugurated on February 26, 2018 at the Palazzo del Consiglio Regionale in Cagliari, in via Roma, were curated by Davide Mariani and prepared by the architect Stefano Ercolani: they retrace the most symbolic moments that precede the entry into force of the Special Statute for Sardinia – and, in the same years, that of the Italian Constitution – and all the figures who took part in these first 70 years of the Sardinian Autonomous Government.

The exhibition paths follow a chronological and physical narrative thread divided into two modes. The first follows a horizontal pattern and is located in the atrium of the Palazzo, where the temporary exhibition “Cronache dell’Autonomia. Sardegna 1943-1953” is set up: a spiral starts from the main entrance on via Roma and, through a series of articles of the press, many of them in vintage edition, official documents, photographic and audio-visual materials,the salient stages that, starting from the end of the Second World War, led to the formation of the First Junta on 25 June 1949 and to the political and social scenario of Sardinia during the second post-war period, are reconstructed. The spiral of the temporary exhibition tightens towards the central and helical stairs and, starting from the latter, the second one is vertical, that is the permanent installation “‘70 anni di Autonomia. Sardegna 1948-2018. L’archivio fotografico del Consiglio Regionale della Sardegna”, which develops along the six floors of the Headquarters of the Regional Council and is made with over 100 photographs, some of which unpublished.

«The various thematic areas of the installation – underlines the curator of the exhibition Davide Mariani – follow the natural physiognomy of the materials contained in the photographic archive of the Council and range from the Presidents and the Councils assignments, to the celebrations and commemorations of events and anniversaries, passing through the political life of the Sardinian Assembly, the institutional visits and the headquarters that, from the first Council assignment, in the Council Chamber of the Municipality of Cagliari, have hosted and accompanied the history of these first 70 years of Sardinia’s Autonomy. From the establishment of a High Commissioner, with the appointment of General Pietro Pinna Parpaglia, passing through the first Consultative Committee and the first Statute projects, the exhibition – adds Mariani – follows the regional and national chronicles of the time and highlights episodes and important personalities who contributed and animated the debate on the Sardinian Statute».